Last week was a bit of a mixed bag, but on the whole music was the real winner. The Flaming Lips seem to have scared the majority of their fanbase with the sprawling, maddening Embryonic, whilst Shakira has won some new converts with her uncanny wolf impressions (her album crashed in at no.4). The real winner of course was Alexandra Burke whose 'Bad Boys' sold nearly 200,000 copies in a week and is the fastest selling single of the year so far. Who thinks Jonathan & Edward will be doing similar business this time next year?

This week is jam-packed with amazing new albums so we've scrapped the download single bit to squeeze everything in. There's also a theme, see if you can spot it.

BUY THIS WITH YOUR BIRTHDAY VOUCHERS 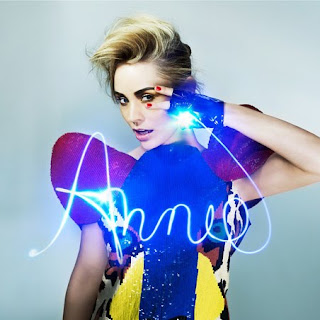 This album's gestation has been as protracted as a 48 hour labour only with less mess. Originally due for release in 2008 it was then put on the shelf whilst Annie looked for a new record label. She then recorded three amazing new songs to go with the other amazing ones and finally Don't Stop is available to one and all. Featuring production by Paul Epworth, Richard X, Xenomania and Timo Kaukolampi, it's a forward-thinking pop gem with at least ten singles and a personality all of its own despite the ubiquity of it's co-creators. Plus, there's a special version of it that features a five track EP, which is better than 90% of all pop albums released last year.

BUY THIS WITH YOUR BIRTHDAY VOUCHERS

Declaration of Dependence by Kings of Convenience 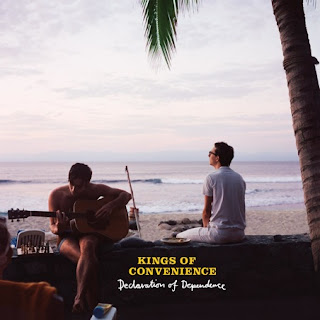 It's been 5 long years since their last album, but finally Norway's answer to Simon & Garfunkel are back with this lovely collection of acoustic-lead singalongs. With no drums or percussion, the focus is solely on their harmonies, the twang of the guitar and the odd flutter of a violin here and there. Luckily they've not lost their ability to craft memorable melodies, even if 'Me Inside You' is impossible to listen to without thinking of a parody from Flight of The Conchords (yeah, cheers, Maddy Costa from the Guardian!).

BUY THIS WITH YOUR BIRTHDAY VOUCHERS (plus £4.97 of you're own money)

Atlas Sound is the pseudonym used by Bradford Cox - the lead singer with Deerhunter - for all his solo work. Logos is his second album in as many years and is as intimate, experimental and downright lovely as anything Animal Collective have done in recent years. Featuring guest vocals from Stereolab's Laetitia Sadier and Animal Collective's very own Noah Lennox, as well as Cox's own hushed tones, Logos rewards repeated listens, revealing itself slowly over time...a bit like that fat kid at school that you thought was a bit boring but was just shy and actually had some amazing opinions but then died of high cholesterol.
Posted by Michael at 18:09