Fever all through the night


SCROLL DOWN FOR A 'REAL' EXCLUSIVE!

It's the terrifying gift that keeps giving. As we've mentioned numerous times before, Fever Ray (aka Karin from The Knife) has made a pretty amazing album and to accompany songs from said album, she's also made some spectacular videos. So that fans of drip-feed, eerily delicate electro-pop have something lovely to open on Christmas day, the self-titled debut has been re-packaged and will now include a DVD of all the videos as well as two covers. 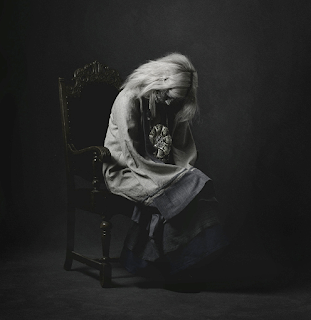 This is the video for one of those extra songs, 'Stranger Than Kindness', originally by Nick Cave & The Bad Seeds. Please note the air of general disquiet, the claustrophobic atmosphere and marvel at all the LASERS!

In related news, The Guardian newspaper will be giving fans the chance to download a Fever Ray live album. All you need to do is purchase a copy of the paper on Saturday, find the unique URL and Bob's your mother's brother. Oh, you'll need a computer too.

This is the tracklisting:

The album was taken from a show in Sweden on March 28 2009, so if you were there you can listen closely to hear the exact moment your mind was blown.
Posted by Michael at 14:53