Ellie are you OK?

Whilst on twitter today we struck up a conversation with 'hot new singer/songwriter' Ellie Goulding. Did we talk about her amazing songs? The fact she's just signed to Polydor? Or, perhaps, we asked her about writing songs for Diana Vickers from last year's X Factor? No, we talked about Jordan and Peter Andre's marriage problems...BUT we did get to share the new Peter Andre video with her and for that she will always be thankful, right? Wrong. 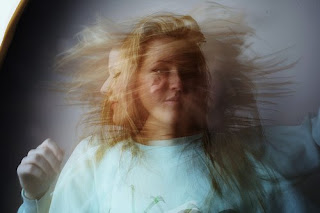 A lot of her songs have been around for quite a while now, 'creating a buzz' and 'getting the blogosphere all hot under the collar'. As we never tire of stating, we like to remain at least three months behind the times, hence our EXCLUSIVE feature appearing in August.

This is a song called 'Starry Eyed', which reminds us a bit of Stina Nordenstam. It was produced by Starsmith, who is very talented and young so we dislike him already:

'Wish I Stayed' was produced by Frankmusik and sounds like this:

What a nice chorus. Well done Ellie and Vincent.

Tomorrow, Musick will be entering into a debate about the future of our banking system with Lee from Blue.
Posted by Michael at 20:41