It seems our mild indifference towards Foals second album didn't put people off buying it; entering at number 8, it's the band's second top ten album in a row. However, their debut peaked at no. 3, so that's five chart placings they've lost in the interim and at the end of the day, five chart placings are five chart placings. Or something. Holy Fuck did diddily squat, whilst the fresh-faced Mini Viva may soon be stacking shelves in the Minute Mart (or not, seeing as it's fictional) as their third single misses the Top 40 altogether. This week is a bit of a bumper edition, so let's crack on...

This Is Happening by LCD Soundsystem

Whilst not quite the all out amazingfest that is Sound Of Silver, the third (and perhaps last?) LCD Soundsystem album is still about twenty-six times better than anything else around at the moment. As ever, James Murphy sounds simultaneously bored, dazed and perpetually confused and his general sense of brattishness comes to the fore on tracks such as 'Drunk Girls' and 'You Wanted A Hit' (essentially an ode to his record label). Highlights include the slow-burn opener, 'Dance Yrself Clean' and the Bowie-esque 'All I Want'.

Four years after the patchy Kelis Was Here and a year after she got sick of husband Nas' (alleged) philandering and filed for divorce, Kelis is back with a new dance-orientated sound. Featuring production from David Guetta, Benny Benassi and label boss, will.i.am, Flesh Tone ups the bpm to almost mind-boggling levels, with weird sonic squiggles and huge synths dominating the album. Single 'Acapella' is a sweet ode to her baby son, whilst '4th Of July (Fireworks)' and '22nd Century' are like futuristic rave anthems in waiting. A welcome return.

HEY, WHILST YOU'RE AT IT, BUY THIS 'N'ALL

Jamie Lidell has always been a bit of an odd fit with the Warp roster, his albums more likely to feature some soulful organ stabs as opposed to a beat that sounds like the inner workings of a beetle's mind. Whilst 2008's Jim at times sounded like the perfect soul pastiche album, Compass is more slapdash, with songs careening between beat box, sax, distorted percussion and Lidell's elastic vocals. Featuring the likes of Feist, Beck and three members of Grizzly Bear (the band's Chris Taylor co-produces), it's all over the place but with a melodic core that's undeniable. 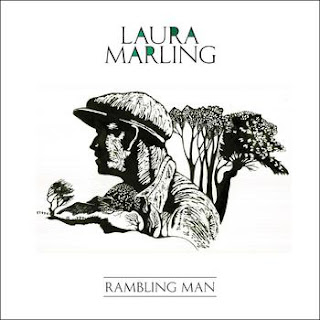 Because you'll regret it if you don't.
Posted by Michael at 21:44